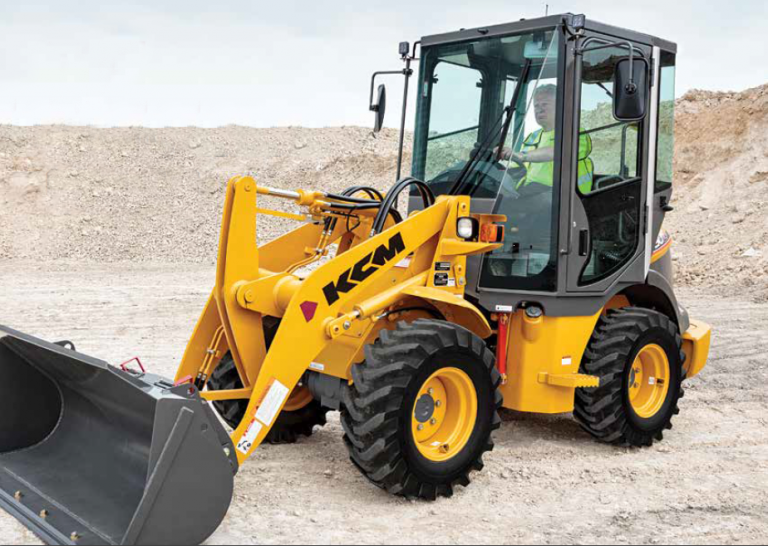 Since the onset of the Hitachi/Kawasaki joint partnership in 2015, the Kawasaki, now KCM, loader offering has expanded to include compact articulated wheel loaders from 1.18 cu. yd. capacity to as low as 0.78 cu. yd., with Kubota diesel engines and Hitachi computerized hydraulic controls. Hitachi has partnered with Kubota for decades.

The larger compact wheel loaders, the 45ZV-2 and 42ZV-2 models, have already earned reputations for great productivity and feature comfort. The new 40ZV-2 and 30ZV-2 are guaranteed to provide similar results.

Large Kawasaki, now KCM, wheel loaders are built to be tough and efficient as well. The compact models follow the same protocol as the larger models.

Unlike the larger KCM models with multiple gears, these smaller models only have two: forward and backward. But they can either creep around close quarters or zip up to 9.3 mph. At any speed the travel mode switch offers the most efficient mode for travel or work conditions. The wraparound counter-weight lowers the center of gravity, increasing stability and offering a smooth, balanced ride. 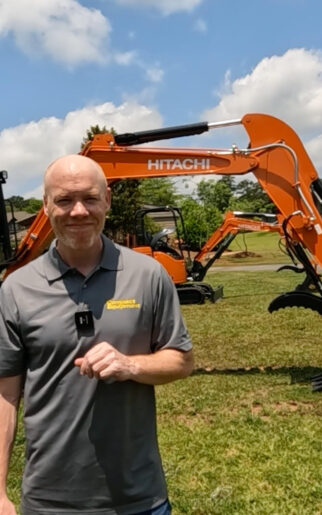 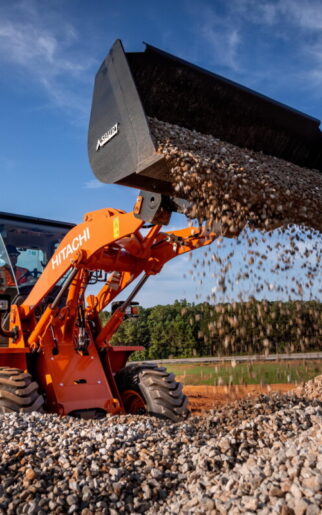 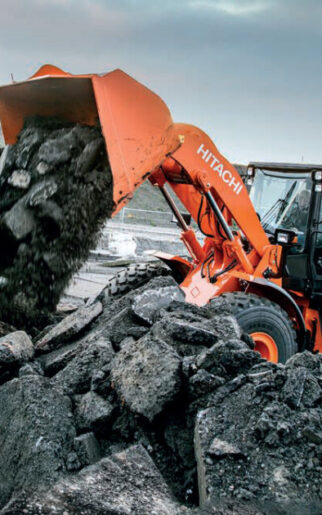 Pasco Iron & Metal wanted to spare its operators the shower of aluminum shavings that come from loading aluminum turnings with a skid steer. They made the decision with the Hitachi ZW50 compact loader to not only protect the operator away, but to reduce operating costs. 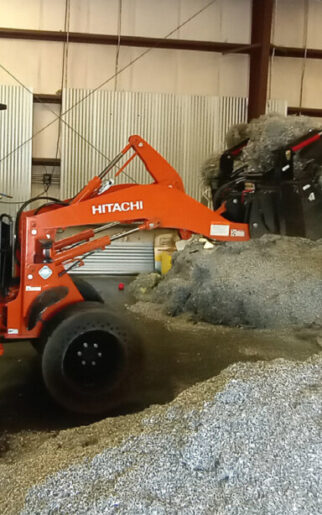